We are adapting our services as the situation changes. For details and to find out how to get help or volunteer to help others, visit our 'Coronavirus: Help for communities' page. Please follow the official NHS and government advice.

Location: North of the city centre, bordered by the river Cam, Victoria Avenue and Jesus College.

If you see anything we should know about – including graffiti, litter, broken equipment, or blocked access – report a problem at a park or open space.

Divided by avenues of London Plane and horse chestnut trees, it's an area of open parkland grass, offering informal and formal outdoor sports.

On the facing bank of Jesus Green, is a thin strip of land called Jubilee Gardens, this is host to 40,000 carlton type daffodil bulbs in a 'field of hope' in recognition of Marie Curie Cancer Care.

All the tennis courts are free to use on a first come, first served basis. However, at busy periods when people are queuing we ask that you limit your session to 30 minutes to allow other people to use the courts. During the closed season (October to April) only the tarmac courts are available. The grass courts are the only ones on the city's parks and open spaces.

Although next to the river, the play area is completely fenced, as is the small picnic area, so parents can watch the boats go by confident that their children are playing safely.

Under the Joint Cycleway Improvements Programme, we and Cambridgeshire County Council are undertaking work to widen and improve the shared cycleway route on Jesus Green, running from Jesus Green lock to the southern entrance from Victoria Avenue.

The work will see a widening of the footpath, from 2.6 to 3.5 metres, to reduce congestion on the route and provide a more secure and even surface for users. The path is to be constructed using a structurally supportive cellular system which will help to increase the healthy lifespan of the avenue of London plane trees.

The works began on 28 July and are planned to take up to eight weeks, during which time there will be some disruption to footpath access across the common. The works have been split into 'north' and 'south' phases to minimise disruption and keep as much of the footpath open as possible while work is underway. Some temporary fencing will be erected on the green space to protect the public from moving vehicles and to maintain a secure working area, but access across the green space will be maintained with gated pedestrian routes. 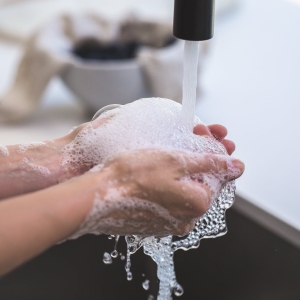 Official guidance to help you avoid catching or spreading the illness

Contact your local group if you want to volunteer, or to ask for help

Links and guidance for businesses and employees

Allotments and community gardens Arts and culture Benefits Bereavement services Bins, rubbish and recycling Boat mooring and punting Building control Business property Business rates Climate change and sustainability Communities and people Council tax Customer services Cycling and walking Dog warden Food safety Grants and funding Home energy and water use Housing Job vacancies Licences and permits Markets Parking Parks and playgrounds Pay Pest control Planning Pollution, noise and nuisance Procurement and contracts Public art Sport and fitness Street and park maintenance Training Transport schemes Trees Urban growth Vehicle services, MOTs and repairs Volunteering Your council
This website needs to set some cookies to work properly. Others allow you to control some settings and us to monitor use of the site. We do not store personal information. We’ll set all cookies if you select ‘Continue’, or you can select ‘Find out more’ to choose which to allow.
Find out more