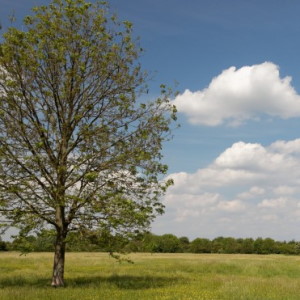 Coldham’s Common in east Cambridge is one of the city’s largest parks, covering an area of 42.5 hectares (105 acres).

We designated about a quarter of the common, the eastern end, as a nature reserve in 2012. The rest of the common qualifies as a city wildlife site, due to the presence of neutral and chalk grassland plant species.

The reserve is a mixture of chalky grassland, scrub and woodland. Coldham’s Brook and the East Main Drain run through the eastern side of the reserve.

The site has a long history. In the 17th century it was used as an isolation hospital during a smallpox pandemic. In the late 19th century the area was a mining site for coprolite, and the undulating landscape still reflects this.

Rifle Butt Hill at the east of the site was used by soldiers in the 19th century as a target practice area. As the third-highest point in Cambridge it offers great views of our expanding city – and it’s great for sledging in snowy weather!

Blackcaps, chiffchaffs, whitethroats and wrens nest on the scrubland, and in the summer months you might see a kingfisher or reed and sedge warblers around the reeds. Water voles and little egrets are frequently spotted along the brook.

The reserve is home to chalkland-loving plants such as spiny restharrow and upright brome, as well as the beautiful bee and common spotted orchids.

Our work to manage and improve the reserve

We have introduced a strict cutting and scrub-removal regime to improve and sustain the reserve’s grassland. Other areas are grazed or improved by harrowing and seeding techniques.

We monitor the streams to keep beneficial flows, and periodically remove shade to maximise healthy conditions.

There are entrances to the reserve on Barnwell Road, Coldham’s Lane, Galfrid Road, Newmarket Road and Pool Way.

There is limited parking nearby on Barnwell Road and Pool Way.

Hard paths run along the south side of Coldham’s Brook, and the grassland rarely becomes muddy enough to prevent access in a wheelchair. 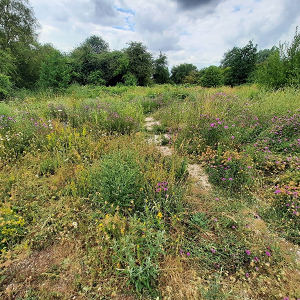