We have agreed to give a home to 100 refugees and are looking for housing for them – can you help? We are looking for properties with three or more bedrooms and a separate entrance, to be let for a minimum of two years but preferably three to five years. As a landlord you would be eligible to receive local housing allowance rates. The refugee family will receive resettlement support from us. Find out more on the Cambridge Refugee Resettlement Campaign website.

The former Prime Minister, David Cameron, in his statement to the House of Commons on Monday 7 September 2015, announced that Britain would resettle up to 20,000 Syrian refugees over the next five years.

These refugees will be taken from camps in the countries neighbouring Syria, using the established processes for identifying and resettling refugees, and resettled in the UK under the expanded Syrian Vulnerable Person Resettlement Programme.

We have already started work with other organisations to put in place the arrangements to house and support the Syrian refugees. The UK government response provides details and updates.

All Syrian refugees arriving in the UK, including those under Full Community Sponsorship, have been through a thorough two-stage vetting process. The UK works closely with the UN High Commissioner for Refugees (UNHCR), who have their own robust identification processes in place. This includes the taking of biometrics, documentary evidence and interviews.

You can find out more about helping refugees at the GOV.UK webpage Help refugees who have come to the UK.

One of the priority groups is likely to be unaccompanied children and young people. The county council will consider providing fostering arrangements and encourages anyone interested in offering support in this way to find out more information.

The Cambridge Ethnic Community Forum (CECF) is providing advice and practical help to asylum seekers and refugees in Cambridge. CECF is an umbrella organisation for Cambridge and district that also provides racial equality services to individuals and groups.

The Cambridge Refugee Resettlement Campaign (CRRC) is recruiting volunteers and linking up community initiatives to assist refugees in the Cambridge area. CRRC also provides support and guidance to landlords renting their properties to refugees. For general enquiries contact CRRC at info@cambridgerefugees.org.

The Cambridge Convoy Refugee Action Group (CamCRAG) is helping refugees in Northern France and elsewhere. They are looking for donations of cash and specific foods, as well as volunteers.

Charities that support refugees abroad seek donations to support their work. These include:

Have your say about the document that will affect how we live, work and play over the next 20 years 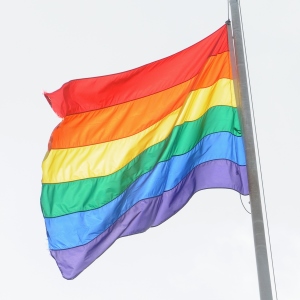 Celebrating the lives and achievements of the lesbian, gay, bisexual and transgender community

Help us map the city’s trees

We’re creating a map of all the trees in Cambridge, to help us manage the city’s urban forest

Allotments and community gardens Arts and culture Benefits Bereavement services Bins, rubbish and recycling Boat mooring and punting Building control Business property Business rates Climate change and sustainability Communities and people Council tax Customer services Cycling and walking Dog warden Food safety Grants and funding Home energy and water use Housing Job vacancies Licences and permits Markets Parking Parks and playgrounds Pay Pest control Planning Pollution, noise and nuisance Procurement and contracts Public art Sport and fitness Street and park maintenance Training Transport schemes Trees Urban growth Vehicle services, MOTs and repairs Volunteering Your council
By clicking continue, you are consenting to us setting cookies. Some of these are necessary to make the website function, but others control settings and monitor statistics through Google Analytics. We do not store personal information. If you do not want these cookies to be set, please click 'Find out more' to control cookie settings.
Find out more