Home > Your council > The mayor and deputy mayor > Ceremonial maces, 1207 charter and the city's coat of arms
Cambridge walk-in vaccinations
Get your coronavirus vaccination at walk-in clinics in and around Cambridge – no appointment needed, but wear a face mask

Ceremonial maces, 1207 charter and the city's coat of arms

The ceremonial maces are held in the Guildhall as a reminder of the original role of the council's officials.

In 1710, the Great Mace was presented to the council by Samuel Shepherd, Jnr, of Exning, who was one of the Members of Parliament for the Borough.

In 1724, four smaller maces were presented to the Corporation by Thomas Bacon - again, one of the Members of Parliament for the borough. 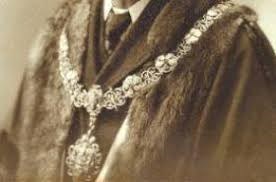 This Chain of Office was presented to the mayor of Cambridge in 1890, by Thomas Richard Harding, who was high sheriff of the counties of Cambridge and Huntingdon.

The pendant was the gift of Colonel Walter Harding, who, at that time, was the owner of Madingley Hall. In 1905, the chain was enlarged, and a pendant was added.

The City Chest was made in 1531 to hold the ‘charters and other juells belonging to the Town of Cambrigge’.

It stands in the foyer on the first floor of the Guildhall, outside the council chamber. 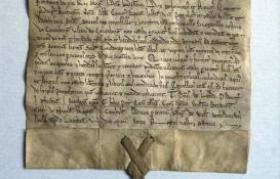 The 1207 Charter of King John granted the town the right to elect a mayor, "whom they will and when they will".

Up to this time, the town had four bailiffs as its principal officers, but now wanted one person at its head.

The Borough of Cambridge, recipient of many royal charters, was granted a coat of arms in 1575. The elements used emphasised the importance of river-borne trade to the town, and the privileges granted by many kings over the centuries.

The earliest bridge, on the site of the present Magdalene Bridge, formed part of the seal used by the town long before this date.

The city's coat of arms 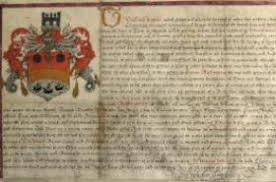 The fleur-de-lis with the roses are emblems of royal charters granted to the town. The supporters are hippocampi: Neptune's horses.

The three ships are marine features which carry us back to the time when the town was, to a considerable extent, surrounded by water, and trade was conveyed chiefly by means of boats.

Not until 1951 was the borough granted the status of a city, and this was re-awarded in 1974 after local government reorganisation.

The arms conferred on the town by the Clarenceux King of Arms, Robert Cooke, in 1575 were described as:

"Gules, a bridge, in chief a flower de luce gold between two roses silver on a point wave three boats sable, and to the crest upon the healme on a wreath gold and gules on a mount vert a bridge silver mantled gules doubled silver, the Arms supported by two Neptunes horses the upper part gules the nether part proper finned gold."

Join us in January for a fun programme focusing on physical activity, mental wellbeing and healthy eating