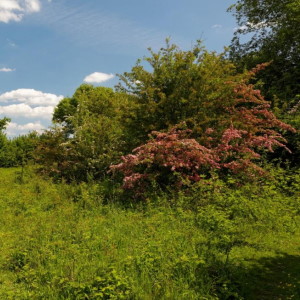 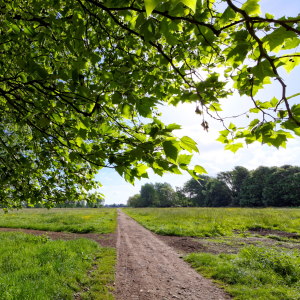 Stourbridge Common is situated in the east of the city. The extensive riverside floodplain is part of a wildlife corridor that links a range of habitats from the Cherry Hinton chalk pits to the River Cam, which flows out into the fens.

Coldham’s Brook discharges into the river at the north end of the reserve. The brook is an important example of a chalk stream, of which there are only a few in the country.

The reserve supports species such as the banded demoiselle damselfly, bullhead fish, snipe and the endangered water vole.

Despite being a busy waterway with many houseboats and rowers, the Cam supports a huge array of birds, including kingfishers, grey herons, little grebe and grey wagtails.

You can often see kestrels hovering over the tussocky grassland, hunting field voles and other small mammals. We have installed a nest box to encourage the kestrels to breed.

Our work to manage and improve the reserve

The grassland is prone to flooding in wet weather, so we have created several shallow depressions that will retain water, known as ‘wader scrapes’.

The scrapes are of particular benefit to wading birds such as snipe and migrating geese, but also provide a home to newts and frogs. Plankton such as daphnia and cyclops thrive in these ephemeral pools also.

We manage the grassland with grazing cattle every summer. The cows use their tongues to graze, wrapping it around plants and grass to pull it up. This and their trampling the ground as they move around creates different plant heights and microhabitats within the grassland.

Numerous species of insects are attracted to the microhabitats and the cows’ dung, and they in turn provide food for birds and noctule and pipistrelle bats.

You can enter the reserve from Water Street over the Green Dragon Bridge, as well as from Riverside, Oyster Row and Ditton Meadows.

The riverside pathway is suitable for wheelchair users.

Talk to your local councillors

Area Committee meetings provide an opportunity for you to talk to councillors about the local area.