CAMBRIDGE City Council is inviting residents to share their views on emerging proposals for regenerating the East Barnwell area of Cambridge to create a vibrant and sustainable neighbourhood.

A drop-in event for the public which was due to take place yesterday (Tuesday 19 July) was postponed due to the extreme heat. Instead, there will be a number of in-person and online events for the public in the coming weeks, as well as individual meetings with community groups, faith groups, commercial tenants and other local stakeholders.

People attending the public sessions will be able to find out more about proposals for the area, view exhibition boards, and ask council officers questions. Details of dates for the sessions will be confirmed soon on the project’s website: www.thefutureofeastbarnwell.co.uk

East Barnwell is located within Abbey ward, and is centred around the Newmarket Road/Barnwell Road roundabout and the local shops nearby, but in total comprises an area bounded by Coldham’s Common, Ditton Meadows and Cambridge Airport.

Emerging proposals for the area will be aimed at adapting and enhancing existing space to create a more liveable, accessible and sustainable neighbourhood for local people and visitors, where motorised traffic and space for car parking is not so dominant.

Early consultation work in 2020 and 2021 asked local people and community groups for their views and ideas on potential changes to improve East Barnwell, and hundreds of responses were received.

Many of these ideas and suggestions have now been incorporated into the more developed proposals for regenerating East Barnwell, starting with the central area near the Newmarket Road, Barnwell Road and Wadloes Road roundabout.

The three sites being consulted on initially are currently taken up by the Abbey Bowls Club, the East Barnwell Community Centre, and the local centre comprising shops, flats and a library.

Previous work has identified that the current location of the bowls club could become the site of a new community centre, with a library, pre-school and new public open space. It is thought that 60 much-needed and sustainable homes could also be built here. This means that the bowls club and its facilities could be relocated to a new site nearby as part of the Abbey Leisure Centre.

Creating a lively new neighbourhood centre on the site of the existing bowls club could free up space for up to 100 additional homes and commercial units on the site of the current local shops and flats, which are valued but in need of improvement.

Cllr Gerri Bird, Executive Councillor for Housing at Cambridge City Council, said: “At this stage these proposals for regenerating East Barnwell are very much that – proposals. We are still very keen to hear the opinions of people who live nearby, use the local centre or know this part of Cambridge, so they can help us develop our more detailed designs.

“East Barnwell is a wonderful part of the city with a tight-knit community, and we want local people to help us make it even better in the years to come. We recognise that regeneration plans may cause some upheaval to some people in the short term, but we will work closely with the community to minimise disruption as we have done successfully on other similar projects elsewhere in the city.”

​Cllr Tom Sanderson, Chair of Communities, Social Mobility and Inclusion for Cambridgeshire County Council, said: "We urge residents to contribute to this process and take advantage of the opportunity to shape the future.  It is essential we balance potential upheaval with future prosperity and that the local community are on board and recognise and are indeed supportive of all that is being planned."

The council expects to submit a detailed proposal for the future of East Barnwell to Housing Scrutiny Committee in September this year, and to submit an initial planning application in 2023. The local community and groups with close links to East Barnwell will continue to be closely involved throughout the next phases of the project. 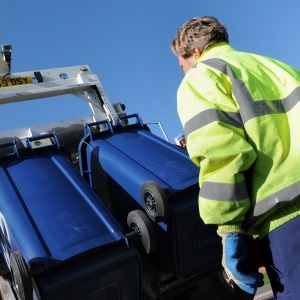 Put your bin out the night before

Our crews will be starting earlier in the day than usual in the heat, please put your bin out the night before.