Councils work together to meet commitment to support refugees

LOCAL councils are working together to offer a home and wraparound support to refugees from Afghanistan.

Cambridge City Council is working in partnership with South Cambridgeshire District Council in a coordinated, joint effort to support the national scheme to resettle 20,000 refugees from Afghanistan.

The councils have been working together to find suitable properties and to plan the support that the refugees will need when they arrive.

Both councils are also actively working with housing associations in their areas to investigate whether more suitable properties are available.

The joint approach builds on the work the two councils have done together in recent years to resettle refugees fleeing other war-torn countries including Syria, Iraq and Sudan.

Cllr Alex Collis, Cambridge City’s Executive Councillor for Open Spaces, Sustainable Food and Community Wellbeing, said: “We are working at pace with our partners to find homes for refugees to help them start a new life in our area and it’s really important that the properties are suitable for their needs.

“We are also acutely aware of the support these families will need when they arrive and our team, which has developed so much experience in resettling Syrian refugees in recent years, will be on hand to help the families.”

Cllr John Batchelor, South Cambridgeshire District Council’s Lead Cabinet Member for Housing said: “We are pleased to support the Government backed Afghanistan refugee scheme by providing three homes for refugee families. By working with Cambridge City Council to provide additional wraparound support we are building on an already strong and successful partnership and means families will get the best possible start to their new lives in the UK.

“We are clear that there is a moral and human need to continue to offer support to refugees who are forced to flee from their homes. Our partnership means that together we can offer refugee families safe and comfortable homes to build a base for their new lives, but also practical support to adjust to life in the UK, with assistance to access to everything from GPs and welfare, to skills training and school places for children.”

The councils’ work relates to the national resettlement that has put in place by government to provide 12 months of support to people who were locally employed by the UK government in Afghanistan.

Cambridge City Council was one of the first authorities in the East of England to respond to the government call in 2015 for councils to help to resettle 20,000 mainly Syrian refugees across the UK, fleeing war torn countries including Syria, Iraq and Sudan.

Over the following six years the council has developed a strong record of working with refugees, with its experienced staff team supporting refugee families to establish new lives in and around Cambridge.

Initially, the plan was to resettle 50 people as part of the five-year Home Office Refugee Resettlement Scheme but the council was able to more than double that number in three years, assisted by offers of private rented and housing association properties in and near Cambridge, and working closely with faith groups and voluntary organisations.

A further commitment was made last October to resettle an additional 200 refugees, and in June this year the council committed four council houses each year for five years to help reach that target. 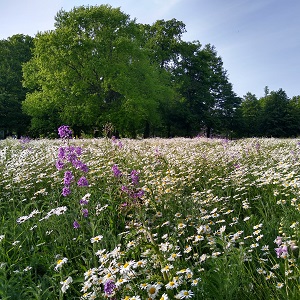