CAMBRIDGE City Council is hosting a special event on the eve of VJ Day’s 75th anniversary, to remember over 1000 local men from Cambridge and nearby who served in the Far East during World War II.

The event at the Guildhall on Friday 14 August, hosted by the Leader of the Council, Cllr Lewis Herbert, and the Mayor of Cambridge, Cllr Russ McPherson, will pay tribute to people from Cambridge and further afield who served in the British wartime forces in the Far East and were held as prisoners of war there.

Among those invited to the event are representatives of the Royal Anglian Regiment Association and surviving relatives of armed forces members who had been held as prisoners of war.  The Council has held a series of events over the years starting with a first welcome back party for survivors on 20th December 1945 and several more since 2010.

During the evening, Cllr Herbert will offer guests an account of events during the war from the fall of Singapore through to Japan’s surrender on 15 August 1945. Tributes will be paid to members of the Cambridgeshire Regiment and other British service people, while relatives and guests will also have an opportunity to view the commemorative bronze memorial plaque in the Guildhall lobby, installed in 2015 on the 70th anniversary of VJ Day, along with the World War II Roll of Honour.

Coronavirus social distancing guidelines will be followed throughout the event and has limited the number able to attend the event in person.

Cllr Herbert said: “We remember over 1000 Cambridge and Cambridgeshire men who fought and died in the Far East on land, sea and air, including over 500 while prisoners of war there. The event on 14 August will be a fitting tribute to them and their extraordinary bravery. We remember in particular the fortitude of all those who suffered appalling treatment as Japanese Army prisoners and hundreds of local men who died as slave labourers including on the notorious Burma Siam railway.”

The Mayor of Cambridge, Cllr McPherson, said: “We will be honoured to welcome the relatives of the service people who sacrificed so much in World War II, and representatives of our local regiments who served so bravely since. 75 years on from the end of the Second World War, this occasion celebrates the end of six years of war in August 1945 and is also a reminder of the heavy price paid by so many Cambridge service people and their families to help ensure victory.” 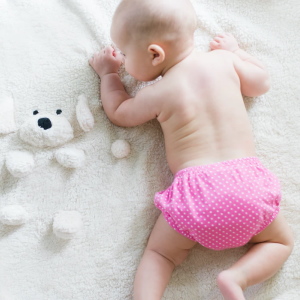