CAMBRIDGE City Council has so far found accommodation for more than 60 rough sleepers since the coronavirus crisis took hold, at a time when additional vulnerable people are suddenly at risk of finding themselves without a home.

The council has previously stated that it will provide somewhere safe for all people sleeping rough in Cambridge during this period, and work with them while in emergency accommodation to try and ensure they do not return to rough sleeping when the crisis is over.

The council has identified some of its own properties as well as housing association properties, hotel rooms and private accommodation to meet demand, and is working proactively with organisations who support homeless people to ensure they receive the support they need.

It is also tailoring its offers to individuals’ particular requirements, such as the need to be close to drug and alcohol treatment services, or for familiar surroundings.

Many of the rough sleepers the council works with have significant physical and mental health challenges, or long-standing addiction problems.

Nevertheless, the council’s street outreach team continue to work hard in persuading them to take up the accommodation that is available to them.

Most of the people assisted so far are well-known to local service providers, but since the start of the crisis other people have come forward who had been in insecure or temporary accommodation that may have ended due to the loss of work, or after being asked to leave by friends or family.

The council is also working to keep residents from potentially losing their homes using the new government guidance to landlords instructing them not to make evictions.

This emergency work is ongoing at a time when it can be announced that residents, visitors and local organisations have now donated more than £100,000 to Cambridge Street Aid since it was first launched by the council and charity partners.

The money raised so far has funded more than 260 grants for people who have been sleeping rough in Cambridge, to provide help for them to them get off and stay off the streets.

Cambridge Street Aid was established in late 2016 to give anyone wishing to help vulnerable people on the streets of Cambridge an alternative to handing over cash directly. It is managed by Cambridgeshire Community Foundation.

People can donate to Cambridge Street Aid online at www.justgiving.com/campaigns/charity/cambridgeshirecommunity/csa and, in ordinary circumstances, via a number of contactless donation points in Cambridge and beyond.

Cllr Richard Johnson, Executive Councillor for Housing, said: “We are aware that, despite our accommodation offer, there will still be people sleeping on the streets of Cambridge, as there will be in other towns and cities throughout the country.

“Cambridge’s concerned and committed public are already providing outstanding assistance, with many people helping out to cook and deliver food and provide other essential items to the hotels, hostels and other temporary accommodation we have secured for our rough sleepers.

“Many others are donating to charities like Cambridge Street Aid, Jimmy’s and Wintercomfort.

“Anyone concerned about a rough sleeper can report their whereabouts using the Street Link or the local Street Support websites and apps. We will follow up every report.

“In the meantime, it is important for people to think twice before helping someone stay on the street by giving money directly to someone begging, which is why Cambridge Street Aid is such a great alternative.

“The public’s response to Cambridge Street Aid since we launched over three years ago has been fantastic and reflects the desire of so many Cambridge people to help some of the most vulnerable people in our community.

“The great thing about Cambridge Street Aid is that it goes directly to help meet the needs of people who have experienced circumstances most us can’t really comprehend, and to help them move on.

“At this difficult and troubling time for so many people, if you can donate to Cambridge Street Aid online, by standing order or by cheque, you’ll know that you are really making a difference to the lives of vulnerable people who want to turn their lives around." 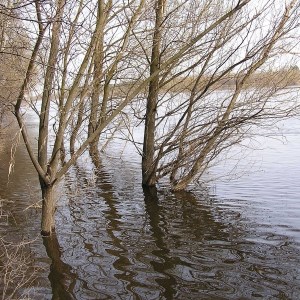