Street Aid Week raises over £5,700 to help more people on the streets turn a corner

GENEROUS residents, visitors and local organisations together donated more than £5,700 for Cambridge Street Aid last month during the first ever Street Aid Week.

During the week a grand total of £5,774.49 was raised for the charitable fund supported by Cambridge City Council, more than doubling the fundraising target of £2,500.

The money will be used to fund grants for more than 20 people who are currently or have previously been sleeping rough, to help them get off, and stay off, the streets.

During Street Aid Week in October, a number of special fundraising events and activities were held including at Grand Arcade shopping centre and St Paul’s Church on Hills Road.

These join the existing contactless terminals located in:

Cambridge Street Aid was established in 2016 to give anyone wishing to help vulnerable people on the streets of Cambridge an alternative to handing over cash directly.

People have so far received financial help through Cambridge Street Aid for a range of purposes - from training courses and smart clothes to help them find work, to rent deposits on accommodation and furniture for new homes. Every single penny donated to Cambridge Street Aid goes directly to grants for individuals.

Cllr Richard Johnson, Executive Councillor for Housing, said: “The public’s response to Street Aid Week was wonderful, and we are delighted that our target for the week was smashed.

All the money raised will go directly to help some of the most vulnerable people in our community, with the things they need to help them move on with their lives.

“I would like to say a big thank you to all the individuals, businesses and organisations who donated to Cambridge Street Aid, and all those aho gave up their time to make the first Street Aid Week such a success.”

“Cambridge Street Aid is just one way the council works with our partners in the city to reduce rough sleeping and homelessness, and to provide vulnerable people with the care and support they need. Anyone wishing to donate to Street Aid can do so throughout the year at the 14 contactless donation points or online at www.justgiving.com/campaigns/charity/cambridgeshirecommunity/csa”

Different kinds of support are available to you, depending on your situation and what type of help you need 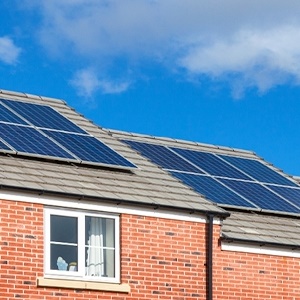 Allotments and community gardens Arts and culture Benefits Bereavement services Bins, rubbish and recycling Boat mooring and punting Building control Business property Business rates Climate change and sustainability Communities and people Council tax Customer services Cycling and walking Food safety Grants and funding Home energy and water use Housing Job vacancies Licences and permits Markets Parking Parks and playgrounds Pay Pest control Planning Pollution, noise and nuisance Procurement and contracts Public art Sport and fitness Street and park maintenance Training Transport schemes Trees Urban growth Vehicle services, MOTs and repairs Volunteering Your council
This website needs to set some cookies to work properly. Others allow you to control some settings and us to monitor use of the site. We do not store personal information. We’ll set all cookies if you select ‘Continue’, or you can select ‘Find out more’ to choose which to allow.
Find out more